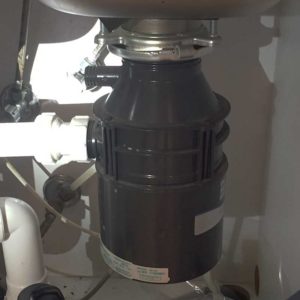 Cherrybrook Plumbing has been dealing with insinkerators for over 30 years.

Cherrybrook Plumbing has found that many people in the Hills District and in Cherrybrook have garbage disposal units in their houses, town houses and units.
The purpose of an insinkerator (garbage gobbler, garbage disposal unit) is to crush up food scraps such as vegetable scraps, egg shells, pretty well anything that you would put in a compost bin.
They cost approximately $600 and we at Cherrybrook Plumbing still replace them from time to time as they were very popular in the 80s, 90s and are still being installed in new houses today.
Most of the time we are removing insinkerators and putting in new plug and washers to suit the size of the insinkerator hole in the sink and reconnecting it to the new plumbing.